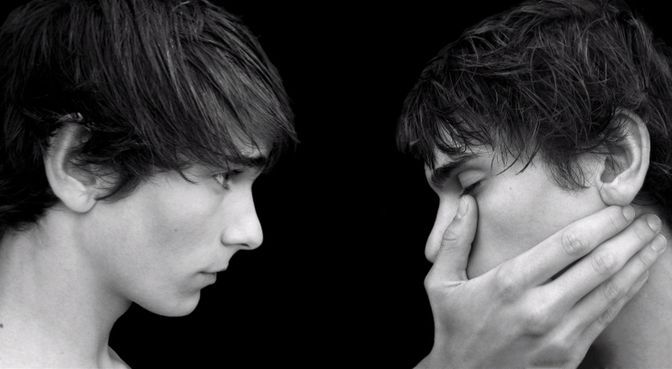 The words slipped out of Tighe’s mouth and Faelan relaxed at the sound of them, some of the tension dissolving and what remained, all sensual tightness. Tighe kicked his trousers the rest of the way off his legs and waited only for an instant. Then Faelan was over him, on him, .

Faelan’s thighs sprawled open across his hips and the length of his cock pressed tight and hot against the rigid thickness of Tighe’s own erection. Faelan pressed down, leaned forward and rolled his hips so that the slick head of his cock rubbed back and forth against the pulsing nerves in Tighe’s.

His mouth moved across Tighe’s chest, over his collarbone, licked at the red bruises he’d left. Pleasure made his eyes dark and darker, the shining flecks deepening from amber to mahogany dusk, the green near-black, barely distinguishable from Faelan’s dilated pupils.

Tighe let his head fall back against the grass and traced the lines of lean, slender muscles in Faelan’s arms while he moved over him. Faelan braced himself on one hand, reached out with the other and entwined their fingers. He leaned up again, a shift of pressure and angle that let him kiss Tighe’s mouth even as the movement of his hips drew out a gasp. Faelan moaned faintly, breathed hot words close to Tighe’s ear.

Perfect friction, perfect touch. Tighe gave in to his own urges, reached his fingers into Faelan’s hair and pulled him down against his mouth, kissed him again and again. The fire that lived inside him was seeping to the surface of his skin, and around them he saw the air rich with luster.