With the recent release of The Burning Season and the upcoming release of Undone (June 9th! Woo!) I’ve started appearing all over the place!

For now, you can check out Once Upon A Time, a short piece about inspiration, fairy tales, and what they’re doing in our world. (Though for some reason they posted Undone’s cover with The Burning Season’s blurb. Don’t be confused!)

A new Bite that is actually from Undone will be out later today, in anticipation of my upcoming Blog Tour!

Speaking of which, take note! On June 9th,  visit with me at Scattered Thoughts and Rogue words. On the 10th, I’ll be with The Novel Approach. The 11th sees me with Love Bytes Reviews, and finally, on the 12th, I’ll be finishing up at Crystal’s Many Reviews! I’ve been hard at work on guest posts covering everything from where gancanagh come from to LGBT characters in modern fairy tales, and each stop on the tour comes with it’s own exclusive excerpt from Undone!

Accompanying this lovely little tour are a couple of interviews (fates preserve me), which will be wild in the world on Tuesday the 9th and Friday the 12th…and, finally, to wrap it all up, keep an eye out for an upcoming giveaway of signed copies of The Burning Season, Eight Kingdoms book three! 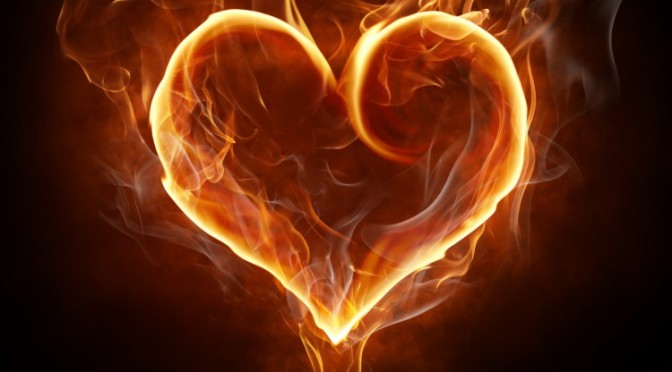 Pre-order for The Burning Season  starts Friday! As promised,  I thus deliver to you this second Bite, which continues from where Summer Bite left off!  And of course, keep an eye out for a tiny, exclusive preview of this month’s Lick, to be posted tomorrow!

Macsen opened his eyes and stared up at the golden ceiling of Bran’s room for only a moment before he was blinded by dazzling reflections. He covered his face with his arm again. There would be time enough for those thoughts. For now…he would have to think of a proper good-bye. Bran wouldn’t like it, but he had responsibilities… And Summer isn’t good to me.

He knew the first thing Bran would suggest, but Macsen couldn’t bring Bran with him, not this time—not so soon, and not when his intentions were to make a point that couldn’t be questioned. “It will be sharp and deadly…at least for you, Elenn.” His smile gained teeth. I promised you pain. I always keep my promises, always.

“Macsen, you can’t kill my mother.”

He turned and caught Bran looking at him, wide-awake and a smirk on his face to match the tone of his words.

“How long have you been up, Bran?”

“Summer’s made you sneaky.”

Bran snickered at him. ”Like that means anything coming from you. What are you thinking? I thought you said you’d be good.”

It was Macsen’s turn to laugh. “Good? Me? Never.” He turned and took Bran into his arms. “I wasn’t really thinking about your mother, I was thinking about you. About courting you, and what her face will look like when she’s forced to acknowledge me as yours.”

Bran blinked at him. “Don’t you mean acknowledge me as yours?”

“No. It will be far worse for her to know that you have chosen me. After all, she already knows you are precious.” Macsen drew his fingers across Bran’s chest, up past his throat and tangled them into his hair. “Just like I know it.” Macsen kissed him, pressed closer. Bran was heat and eagerness in his hands, and Macsen took full advantage of his willingness to deepen the kiss, nip at his lips.

As the pre-order date for The Burning Season draws closer (April 10th!) snippets and bits – and thus bites! – shall begin to appear. This first one comes from the very beginning, which is always the best place to start!

Macsen lay unmoving, not sleeping, a hand over his eyes to block out the damned and brilliant sun. He was as the wolf in his winter coat, oppressed by the Summer swelter, but he endured for Bran’s sake. He had made a promise to stay, despite his discomfort in a place ruled by the sun. He had kept it, would keep it, but the time had come to go back to his own place. To return to the Red Kingdom, even if only for a little while.

He smiled to himself. Yes, only a little while. Then I will return for you, Bran. The last time Macsen had come here had been for him, too. For the oath that almost shattered us…but nothing will come between us now. He bared his teeth. Despite himself, he knew that nothing wore the shape of the Summer Queen. Your mother does not want me to have you, lover.

Privately, he considered that she might have good reason for her fear and suspicions. The last few times he had come here had been for Bran, love on his mind, but long before, he had come here in response to a challenge. He closed his eyes, and the memories were there within him, waiting. Winter chill superimposed over the green of the leaves. The great lake frozen and red with blood, and all the blossoms fallen under the weight of snow.

If there was one thing that was the same, it was that even then, he had come for a son of the Summer Queen…

This bite, like the first,  comes from Dark Side of the Sun. Enjoy a taste of Bran Fionnan – Macsen does!

Bran burned to see what was in Macsen’s hand, gleaming yellow, calling to him with his own power. It was the dagger Bran had made for Noirine. The dagger that had been meant to kill the Red King, this smug vampire standing in front of him with a smile on his face.

The old mix of fury and guilt rose up and choked him. The heart of his rage, close to the surface after a day spent brooding, had been soothed by the promise of Macsen’s mouth and hands on his skin, had faded into the background confronted by something as inexplicable as this vampire presence and his own trust. Now instead of the pleasure those touches had promised, he was being goaded into a fight, and even knowing the reason didn’t relieve the sting of Macsen’s last comment.

“It won’t be so difficult—after all, you’re the one that forges these weapons, aren’t you? You should know how to use them.”

Bran was aware that as of yet, the one he intended to fight had done nothing to him to warrant such a violent response. He was aware that it was unfair to take out twenty years’ worth of pent up emotions on someone who had himself been hunted and harried for his existence alone.

He was aware that men did not hold the wolf responsible for its kill, that the wildcat was not reviled for eating the flesh that sustained it. It was stupid to assume that men would have no predator, and completely idiotic to think that men could destroy such a predator if they found it.

It occurred to Bran that the Milesians had been badly misled by the ease with which their ancestors had banished the Irish sidhe, but that was a misconception that would only be corrected by future pain.

Bran looked up at Macsen, resolved to do what was necessary, and nodded once.

“All right. All right, I’ll do what you want—and hold you to your promise, Red King.”

Macsen smiled slowly. “Sidhe don’t break their word like men, Bran. What I say, I will do. Now, choose a weapon!”

Blacker than the night sky, Macsen’s aura flowed around Bran and buffeted him with power. Bran took a step to his left, his gaze fixed on Macsen, and reached behind him through the open door of the smithy. The staff was where he had left it, leaning against the wall just inside the threshold, and Bran grasped hold of it and squeezed it tightly. It hummed in his hands, drawing on the spark within him to further awaken the living gold in its bright, new spirals.

Bran faced his opponent and breathed deeply. He held the staff he had made poised across his body and saw Macsen stare at it, appraising. It was a gorgeous weapon, iron-hard oak capped and shod and inlaid with gleaming gold.

“Make a good show of it, Bran Fionnan!”

They rushed together and the lash of air that accompanied Macsen’s movements was a blow on its own. Bran’s thoughts overflowed in the wake of it. No wonder Noirine hadn’t succeeded. How could she? She had been fast, but not fast enough, strong, but not as strong as the Red King.

Bran came back to himself to find that while he’d been distracted, Macsen had gained a steady grip on his staff. He stared at Macsen’s hands, pale, smooth, the nails glinting like glass, then found himself flying over Macsen’s shoulder and down onto the ground. Macsen tossed the weapon away from them into the night, and Bran sucked in a deep breath and met violet eyes with his own gaze. He saw promise in them, promise and lust and amusement.

That last irritated him, and he wondered if he might be able to make an impression. He had no weapon, but so what? The power inside him was what was dangerous, wasn’t it?

Bran grinned and pushed himself onto his feet, crouched low to the ground and tracked Macsen’s approach. When the Red King laid hands on him, exercised a tithe of his strength and lifted him, Bran dangled in his long-fingered grasp like a doll for half a moment. Then he reached for power and felt heat flood his flesh. His skin glowed with gold light, but Macsen only laughed at him and squinted through the brightness.

“That won’t do a thing, Bran Fionnan. Not your power, not to me. Not even you and the gold you wake together can harm me. It’s just bad luck for you, none of your kin would have as much trouble. Weren’t you listening? There’s a bond between us, a bond neither of us can break. A bond of trust…and a bond against such dangers.”

Bran understood nothing but that he had failed, but he wasn’t too unhappy, just confused. He hadn’t really wanted to hurt Macsen, after all.

Macsen put him down, but his hands held Bran still, and Bran twisted in struggle. He didn’t know if he was struggling for show, or because of his own internal conflicts, and he didn’t know if what came next was an accident or not. Was it because he pressed too hard, moved just too far trying to get away? Was it just because Macsen wanted it, even as Bran himself did?