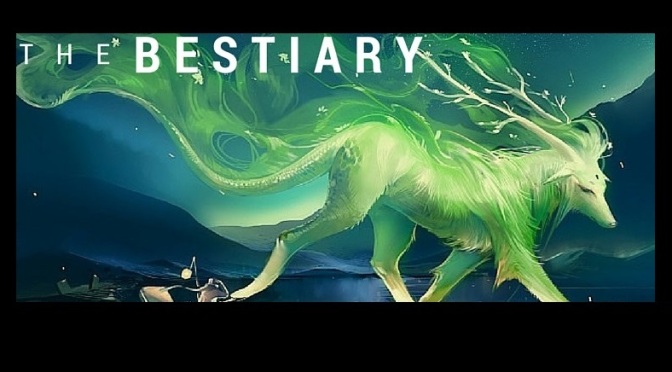 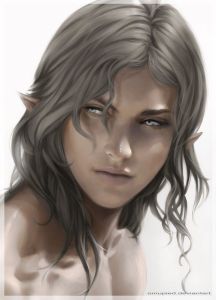 Out of the woods, he comes as if he knew that we were there.  Dark haired, dark eyed, the sound of his voice is a song that comes faint over the shallows. Only the music carries, not the words, but that is more than enough to begin tying down the enchantment.

He is gancanagh, love-talker, and the sweet of his words can imperil as much as the sweet of his skin. He walks the edge of the water,  slow steps that signal his readiness to stop, to wait – for the slightest reason, or no reason. It is the beginning of his game.  Already the women among us are turning to him, lifting their eyes, their hands, fingers curled as if they could touch the softness of his hair from where they stand.

The beasts and beings that do not belong to the human world are dangerous monsters, most of them, but this one is dangerous because he is not a monster. Because he is beautiful – because, as long as he stands smiling, it is easy to believe he could be tame.

The air turns sweet, beguiling dust moving in motes golden as honey. The taste of it flows like wine on the currents of the breeze. He stares at us, and then at one among us, and the woman who has caught his eye is still as a statue despite the deck rocking beneath her, despite the whipped up surface of the sea.

We turn away from the shore, before the sugar in the air overcomes her – before it addicts her, turns the core of her being to nothing more than a seeker after that dust. He watches, and the sound of his laughter follows us.

He watches, and she watches back, as we sail away toward the dusk.

Have a suggestion for a creature that belongs in the Bestiary? Leave it in the comments!