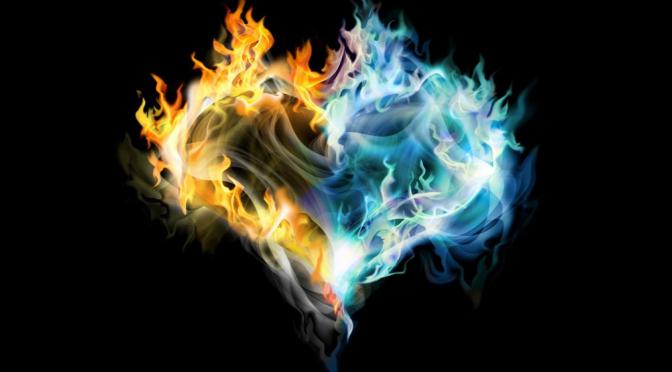 This  Lick comes  from The Shadow Road, book four of  the Eight Kingdoms series! This excerpt is a site exclusive, as The Shadow Road won’t be on pre-order until December!

There was desire without restraint in Bran’s touch, Bran’s kiss. Some barrier Macsen had only been vaguely aware of was broken down within him, and for a moment he was breathless. Passion he knew, and fire, but this was both those things and more. Could he stand it, take it, bear it? Yes, oh yes. He wanted more and more, all that Bran was, breathing and beating, heart and soul.

He stepped back, let Bran go and Bran growled at him, but Macsen pulled at his tunic and his expression changed. He let Macsen drag it over his head and off his arms, and he was already kicking off his boots when Macsen dropped it and jerked at the tie of his trousers.

Naked, perfect, the scent of him drowned everything else from Macsen’s awareness. He pulled Bran close, then dragged him down to the ground and darted over him without pause. All for me. Bran was already hard and reaching for him, pulled up his legs and tried to drag Macsen over him, onto him, into him.

Macsen held back, but barely. He took Bran’s cock in his fist, stroked as he bent over him, kissed him, and Bran groaned, arched off the ground. Macsen took the wetness from Bran’s cock onto his fingers, pressed one inside and Bran was hot for him and tight, shuddered, moaned. Want.

There was suddenly grass, soft and green under Macsen’s knees, but that didn’t matter. Bran was rocking impatiently back against his fingers, his hands on Macsen’s shoulders. Where had his embarrassment gone? He had eyes for no one but Macsen, attention for no one but Macsen, and when he finally begged, the words came eager and easy. “Please, enough, it’s enough. Just give me your cock. I need it. I need it—now, now, now.”

The echo undid the last of Macsen’s restraint. He pulled his fingers away and gripped Bran’s thighs, pulled them up and apart, then pressed in. It was always good this way, but usually he took more time, prepared Bran more, and now the tight heat grasping his cock one inch at a time was tighter. He thrust deeper, deeper, and Bran’s legs wrapped around his back, urging him on.

Macsen cast his gaze around them one last time, teeth showing. Winter had fallen into blood-rut, as if his own descent onto Bran had given them permission. Perhaps it had. But no one met his eyes, no one looked his way. He saw what he had wanted to see. No one, no one dared to look at Bran under him.

The hunter, satisfied, turned wholly to his prey.

This bit  of erotica comes from the soon-to-be-released  book four of Eight Kingdoms, The Shadow Road. Keep an eye out for more bits and bites as we draw closer to the December preorder date!

Macsen bent and took the head of Bran’s cock into his mouth, just for the taste of him, and his hands darted down to cup the back of Macsen’s head. He licked his lips and stood straight again, pulled Bran the tiniest bit closer, right to the edge of the table, and replaced his fingers with his cock.

He didn’t say a word, gave no warning, and Bran gasped under him, clawed at his shoulders, pulled himself tight against Macsen’s body and let out one long cry. It was just what Macsen wanted, his name drawn out into an unrecognizable sound.

“Open up for me just like that. So good, Bran.”

Bran shook, shuddered, and trembled finally as he relaxed. Everything was heat, and the fire clutched at Macsen’s skin, but Bran was so tight around his cock he couldn’t move. The pleasure was a torment. It was so hot—so hot—there was just one distraction, and he held Bran against his body and bit deep into his throat, sucked up the red, dark blood.

The first mouthful was enough to take Bran shuddering over the edge, all but untouched, heart speeding under Macsen’s tongue, all of him shaking and his cock throbbing its white essence in pulses between them. His body gripped Macsen’s cock almost painfully, then relaxed while he tightened his fingers in Macsen’s hair again and again.

He stayed still and let Bran ride out his climax, took slow mouthfuls from the brilliant spill at his throat. Brighter. Brighter than it had been since they had left Summer. Was it the power Bran used for his work?

Slowly, Macsen pulled back, then thrust deeper, again and again. He felt desire as it sneaked back into Bran’s body, up his calves and his trembling thighs, into the tautness of his buttocks and the sudden tenseness of his hips. The shadow of fire trembled across his skin as he arched back, flickered over his abdomen, his chest. There was fire in his blood, too, as it streamed over Macsen’s tongue and down his throat. 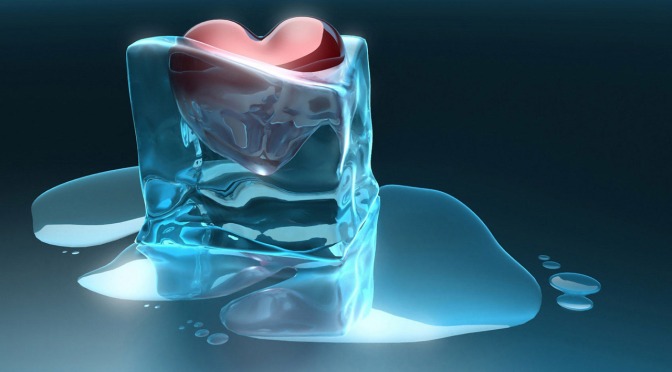 Bran’s hands wandered across Macsen’s chest, up to cup his jaw, drew him close so Bran could kiss him, skimmed the sides of his body. “Good. Good.” Bran reached across his hip to run his fingertips along the underside of Macsen’s cock.

“Again, Bran? Impatient and insatiable.” There were heat and amusement both in Macsen’s voice as he turned against Bran’s body, reached over to close his fingers around the swift thickening of Bran’s erection.

“Yes. I want to still be feeling you when you leave.”

Macsen pressed his lips to Bran’s throat, licked the stinging punctures there, stroked him slowly. Bran turned his head again, lifted one leg over Macsen’s thighs behind him and shifted so that Macsen’s cock pressed between his buttocks.

“Please.” Macsen pushed , and Bran let out a broken moan. There was no discomfort now, his body still stretched and more than ready. There was only pleasure with every inch of Macsen’s penetration. “Want it harder, Macsen—” One slow thrust after another filled him with rigid thickness, then pulled back.

If Macsen kept to this pace, slower than before, Bran might die. He tilted his head back, exposed the vulnerable curve of his throat and met Macsen’s eyes. There was more red in them than violet now, red of blood, red of fire, and beneath those things, the swirling of a winter storm.

“Harder, Macsen. Please—cock in me, teeth in me, harder please.”

The more Bran begged the more he felt Macsen tensing behind him, coming closer to an edge he rarely crossed. As if he were afraid. Now, as always, Bran could tell he was holding back, and that was the opposite of what he wanted.

“It’s too much, Bran. I’ve already taken too much.”

In a moment, Bran was flat on his back again and empty, so empty. The glare of Macsen’s eyes blazed down at him through the fall of his hair.

“I can’t say no. I can’t, I can’t.” He spread Bran’s legs with warm hands that went cold without warning. “That means you should be careful what you ask for.” Wholly, fully, Macsen thrust deep, pulled himself forward over Bran’s body and set a pace that was fast and hard.